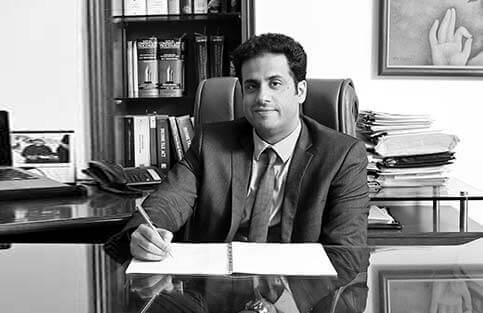 Graduated from Hindu College, University of Delhi in the year 1998 in Bachelor of Arts (Economic) Honours and qualified as a Chartered Accountant in the year 2003. He joined the RNM team after completing his training with PriceWaterhouseCoopers where he gained wide experience in both their Audit and Taxation Divisions. He has also qualified the Post Qualification course on Information System Audit conducted by the Institute of Chartered Accountants of India for providing Information System Assurance Services.

As Partner of R.N. Marwah & Co. LLP, Chartered Accountants (www.rnm.in) he has been responsible for and in-charge of Consultancy Services and International Taxation in the firm.

As a part of the Consultancy space, he handles matters relating to the setting up of businesses abroad on behalf of Indian Corporate Clients and at the same time advising India entry strategy for Foreign Clients; interacting and liasoning with various officials of the Reserve Bank of India under the Foreign Exchange Management Act, 1999 (FEMA). Transfer Pricing and overseas taxation matters are also part of his repertoire.

In 2009 he launched a boutique Corporate Finance firm by the name of RNM & Associates in New Delhi which is active in the field of Merger and Acquisition Advisory, Debt syndication, private equity and Real Estate Consultancy. The firm shall soon be expanding to Gurgaon also by early next year and in a short span has made rapid strides. He is the Chairman, Asia Pacific of the M&A Practice Group of GGI, Switzerland (www.ggi.com).

He has extensive experience in the global markets, having done M&A transactions in London, U.K. and involved in other transactions in Canada & USA. He was named by the Consultants Review (Sep 27 2016 Issue) magazine as amongst the Top 25 Most Promising Mergers and Acquisitions Consultants.

He has co-authored a book titled “International Tax and Business Guide” which has been published in 2010 and in 2013 by the GGI, Switzerland. Various articles written by him have appeared in the newspapers, including Economic Times, Dainik Jagran, Navbharat Times, Patriot and been a guest speaker on CNBC Awaaz. His articles have also been published by the GGI Insider Newsletter, Switzerland and Family Office Elite Magazine, UK.

He is the past Chairman of the Delhi Chapter of the Young Indians(Yi) which is an integral part of the Confederation of Indian Industry (CII), India’s premier business association. Yi was formed in the year 2002 with an objective of creating a platform for young Indians to realize the dream of a developed nation. With the vision ‘To become the voice of young Indians globally’, its key differentiator is that it engages Young Indians in areas that focus on ‘Beyond Just Business’.